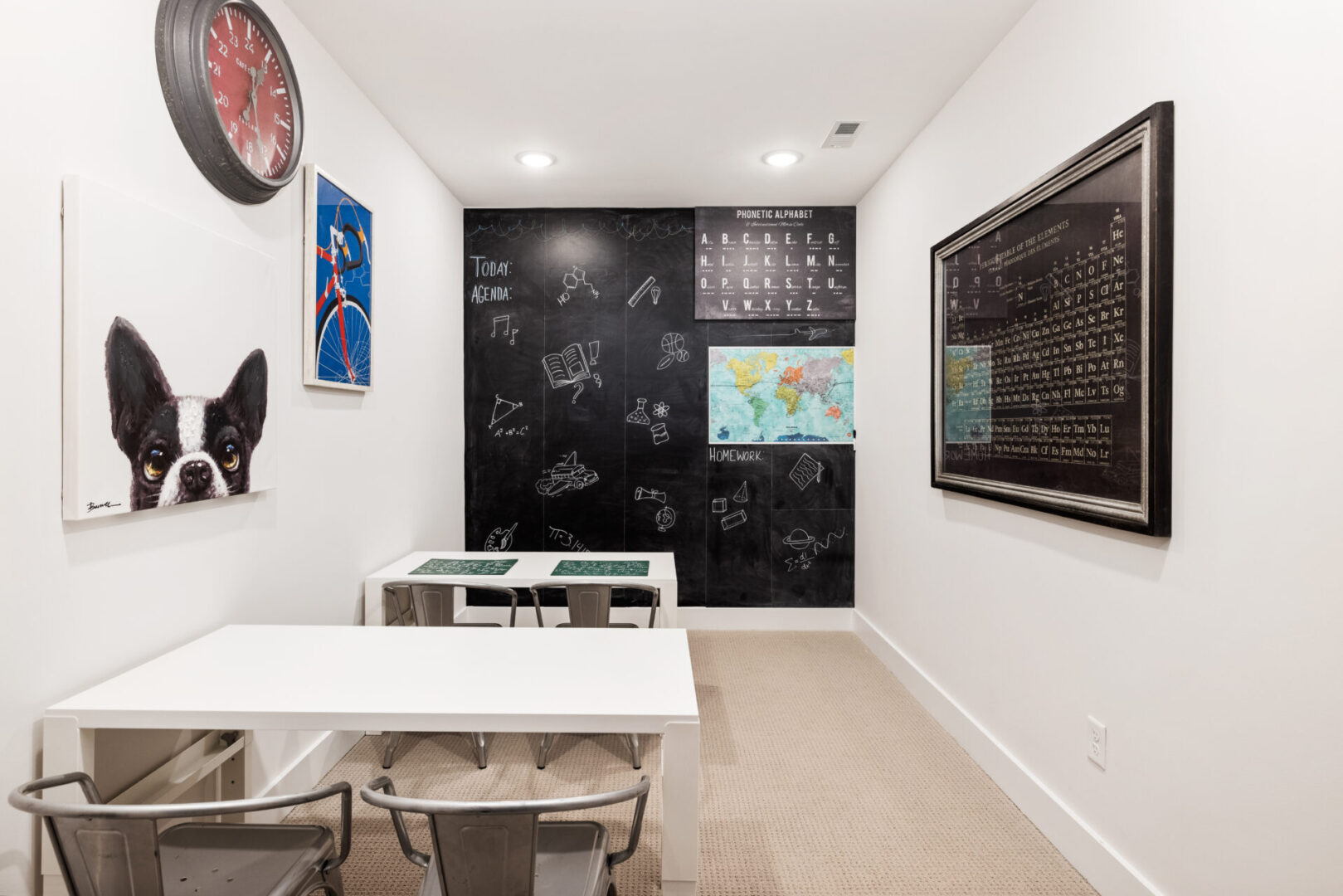 How the Hours Pass

What was once your dream, Coastal Living-inspired, open-concept kitchen is now a well-worn battlefield. Countertops are boardrooms, a stool your office chair and an oven the site of your next therapy session. Maybe that 100th sourdough loaf will make it all OK.

Over the past year we’ve spent more time at home than perhaps we ever hoped to.

“I think any designer will say people have been motivated by cabin fever,” says Lili O’Brien of interior design studio O’Brien & Muse.

Whereas pre-pandemic we could find release at the gym and revelry at a weekend soiree, today most of us are looking within the four walls of our home for comfort and entertainment.

Redesigning rooms and tackling renovation projects may have seemed like luxurious endeavors at the start of the pandemic – who can afford to construct custom built-ins when the economy is upside down?

But O’Brien says as the months dragged on her business picked back up – folks were tired of staring at their outdated kitchens and unused backyard space. Plus, many had saved money by staying home, eating in and skipping lavish vacations.

For families in the market for an entirely new home, Johnathan Miller says he’s seen people gravitating toward larger spaces with larger yards.

“Before they’d think ‘Oh we don’t need all these rooms.’ But now they do, and they’re also preparing for this [lockdown] to happen again,” Miller says.

Founder of Jsquared Interior Staging and Design, Miller and his team have been staging houses throughout the pandemic, creating in-depth, fully furnished 3-D tours in lieu of in-person walk-throughs.

Before the pandemic Miller says the goal was always to sell at least a couple of rooms furnished with a new house, but this past year buyers – particularly those shopping in the $1 million plus range – have wanted to purchase completely furnished abodes. Furniture was taking months to ship to individuals, but Jsquared could procure beds and desks and dining room tables from vendors faster. Those investing in second homes especially wanted to buy ready-made oases, furnished down to the accent rugs.

Miller and his team have designed “Zoom rooms,” his-and-hers offices, elaborate gym spaces and rooms on the backs of houses that easily open into a green space “so people can get that constant air flow.” They’ve seen formal dining rooms and dens converted into spaces with defined labels “here we learn” or “here we work.”

For architectural design team Tracy deShazo and Rebecca Costanzo, spending time at home means spending time in a space you adore, not necessarily a sprawling house with all the bells and whistles.

With a mutual love of “right-sized” homes, green spaces and timeless beauty, they’d been planning to team up for a while. Once Costanzo’s company downsized and she moved back to Richmond, she knew the time was now.

“New construction doesn’t always have the same depth of character,” deShazo says. She and Costanzo hope to ameliorate the problem of the city’s often soulless suburbs through thoughtful interior design and architecture – Costanzo graduated with a master’s degree in architecture from Columbia University.

“In 2020, everyone became very intimately acquainted with their home,” she says. “And some of us didn’t like what we saw. We thought, ‘How can we help people adapt their homes to the way they live?’ The work from home trend is here to stay, and that really changes the way we use our homes.”

Adding certain furniture or design elements to a room – maybe adding a bookshelf to the den cues work – has helped those trapped in their homes mentally shift from room to room.

“Identifying a purpose is always where I start when designing a room,” O’Brien says. Miller notes that even for smaller homes without extra space for classrooms or offices, he’s been able to help clients set up work zones, adding a desk behind a sofa instead of a console table, for instance. “That way you have a work space but at the same time it’s aesthetically pleasing,” Miller says.

With a focus on clearly delineating one room from another, the question inevitably arises – what will happen to the once ubiquitous open floor plan?

Ten years ago we’d knock down every room on the first floor so that you could see the couch from the kitchen.

But traditional floor plans – you know, with walls intact – are becoming increasingly appealing.

“I think that [traditional floor plans] has been a trend on the way for a while now,” says Miller. “It would’ve taken another five years to become prevalent, but the pandemic has moved that timeline up.”

No one wants to stare at a sink full of dirty dishes all day, especially when there’s a deadline and the baby is crying and the dog won’t stop barking at a shadow on the wall. Miller thinks that after a year of being stuck at home and having very little to look forward to, people may once again get into the habit of setting the formal dining table for a luxe, long dinner.

“Unless you constantly want to be doing dishes with an open concept, you need to feel that separation,” Miller says.

“A century ago people dressed up for dinners, there weren’t as many restaurants, dinner was a separate event, a production each time. Before the pandemic we were rush, rush, rushing with our lives and this has forced us to slow down, to think ‘OK, how do we make the hours pass each day?’”